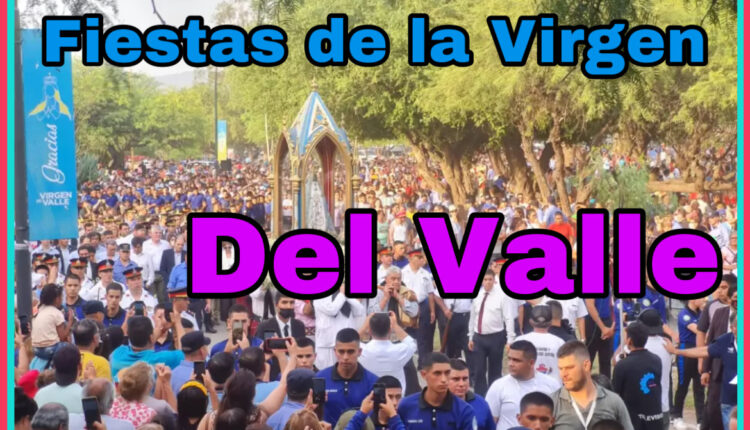 Solemn Procession: a crowd accompanied the Virgin of the Valley in the Adán Quiroga

For the second time, the Mother of the Valley ended her December celebrations in the Oval of the park located north of the Capital. To the heat of the weather, which threatened with rain in the previous one, was added that of the faithful and thousands of pilgrims who filled all the spaces of the green lung of the city.

For the second time and predicting that this will be the definitive space for the festivities of this time of the year, the closing of the Marian celebrations was held. Once again, the Adán Quiroga Park was the stage where thousands of devotees were summoned, who, defying the orange alert due to the intense heat, said they were present to be with Her in the Solemn Procession in her honor. The figure that breaks last year’s mark is the number of pilgrims who entered until 2 p.m. this Thursday. The police report indicates that 140,000 promising people crossed the provincial limit, a figure that excites and moves. To this must be added as many thousands of Catalans, all of whom gave a massive frame to this Marian festival of faith.

In this large natural outdoor setting of the park, pilgrims, institutions and ecclesial movements, delegations and families in general began to pass in front of the Image of the Virgen del Valle from 6 pm. Then at 18.47 hours, a few minutes later than expected, the Solemn Procession began. She toured the Oval of the Cyclists, marching according to the processional order, first the nuns of the diocese, then the priests, seminarians and the diocesan bishop, Mons. Luis Urbanč. They then followed the image of Blessed Mamerto Esquiú and the provincial authorities followed him.

Macabre discovery: they find the body of two brothers and a dog in an advanced state of decomposition

The Christmas tree made of recyclable material was lit.