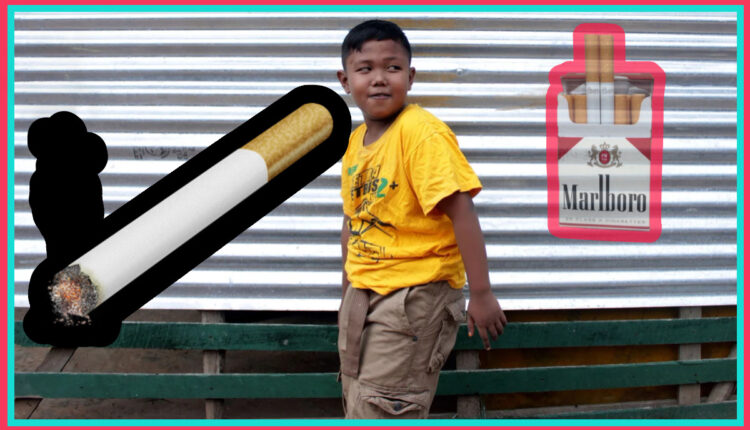 How is the baby who smoked 40 cigarettes a day doing today?

Aldi Rizal, the one-and-a-half-year-old baby went viral in 2010 due to his severe tobacco addiction. What does it look like today, at the age of 14?

In 2010, the video of a baby from Indonesia hit the world: he was only 1 year and a half old, he smoked about 40 cigarettes a day. After his case became public, the Ministry of Health of that country intervened.

In the video you could see the boy walking with his diapers. So far, a normal situation of any baby, only that Aldi had a cigarette in his mouth. This image became an alarm around the world, as it warned about the public health crisis related to tobacco dependence.

Aldi Rizal was born in Indonesia and used to accompany his mother at the fish sale in the village of Teluk Kemang, located south of the city of Sumatra.

The story of his addiction had his father as the protagonist: he would be the first person to provide him with a cigarette when he was just over a year old. Soon, the boy began to steal cigarettes in the square of the village of Teluk Kemang, near the city of Sumatra.

Although the greatest concern was given by tobacco addiction, the child was also concerned about his overweight, an unin encouraging combination for Rizal’s life expectancy.

Diana, the boy’s mother, received strong criticism from those who considered that she let her son smoke and eat without any control.

After Aldi’s images were known around the world, his parents decided to seek help and, three years later, the boy began his rehabilitation process with a child psychologist.

Twelve years later, the baby smoker who warned about the dangers of cigarettes, is now considered one of the youngest people to stop this addiction.

Today Aldi is 14 years old, is in primary school and has a strict diet based on fish and vegetables. In addition, it seeks to promote healthy lifestyle habits.

What are the consequences of smoking?

According to its WHO statistics, smoking “causes more than eight million deaths a year, of which approximately 1.2 million are due to exposure to other people’s smoke.”

For the Ministry of Health of Argentina it is directly related to the appearance of many diseases, mainly: different types of cancer: lung, larynx, pharynx, kidney, liver, bladder, among others. In addition to cardiovascular diseases: heart attacks, stroke, aneurysms. And respiratory diseases such as chronic bronchitis, chronic obstructive pulmonary disease (COPD), and repeated respiratory infections.