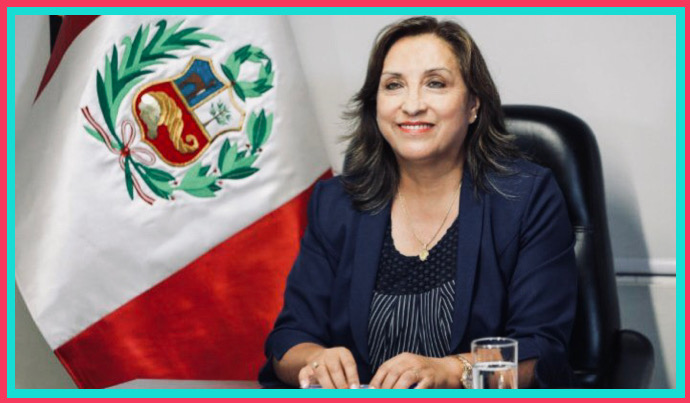 Dina Boluarte was proclaimed this Wednesday by Congress as the first president of Peru, after the dismissal of Pedro Castillo and therefore will be the first woman to occupy the position. She is a 60-year-old lawyer with leftist ideas but without militancy in parties, whose name until a few months ago was absolutely unknown to most of her compatriots.

On Wednesday, after the outgoing president tried to close Congress, Boluarte distanced himself from his once ally: “It is a coup d’état that aggravates the political and institutional crisis,” he said.

Even today, little is known about the private life of Boluarte, who was born in the impoverished Andean department of Apurímac, in the south of the country, and comes from popular classes, such as Castillo. Boluarte was elected vice president in July 2021, on behalf of the Marxist Leninist party Peru Libre (PL), and as such she was always in the midst of speculation about the various attempts of Congress to dismiss Castillo.

Boluarte was born in Chalhuanca, a city of less than 30,000 inhabitants at almost 3,000 meters above sea level, and graduated as a lawyer at the private university San Martín de Porres, in Lima, where she also followed postgraduate studies. For many years, the now president held a modest position in the State: manager of a minor section in Lima of the entity in charge of delivering identity documents.

In 2018, the anonymous official had her first participation in politics, running for mayor of a middle-class district of Lima, Surquillo, where she resides. She barely obtained 2.8% of votes, but there was a significant fact: having no party, she ran for PL and began a relationship with that group from which she was expelled last year, already as vice president, for publicly criticizing her boss, Vladimir Cerrón.

Before, in 2020, she had been a candidate for congressman for PL, but with a minimum vote. Even so, Cerrón selected her to make up with Castillo the presidential formula that, against all odds, was the winner.

Boluarte was Minister of Social Inclusion from the possession of Castillo until last month and, unlike most of Castillo officials, was not involved in scandals or sowed suspicions of corruption. Even so, the parliamentary opposition had her in her sights and tried to dismiss her for having continued to appear as president of a private club – the Apurímac, composed of her countrymen in Lima -, despite the fact that by law that is incompatible with being a minister. However, this week Congress filed the case considering that there were no incompatibilities and in the process left without effect another complaint that without major grounds had been made of course nepotism.

Political scientist Alonso Cárdenas told Télam that from the course of events it will be determined whether Boluarte remains president until the end of the period, in 2026, or whether early elections are called. “Boluarte can do a better management than Castillo. It is a pity that a president who arrived as a hope of the popular classes, who seemed one of his own, has resulted from the same kind as Alan García, Alejandro Toledo or other former presidents,” Cárdenas said.