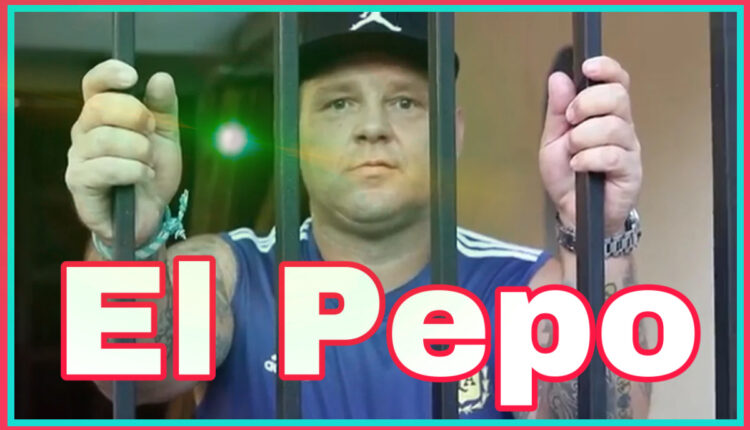 Cumbia musician Rubén Castiñeiras, better known as El Pepo, agreed to a sentence of four years and seven months in prison, after having accepted his responsibility in a traffic accident that occurred in 2019, which cost the lives of two members of his group.

The agreement was signed by an abbreviated trial in the Court of Correctional No. 3 and also Castiñeiras will be prohibited from driving for ten years and will have to undergo psychiatric treatment.

El Pepo accepted the charge of culpable homicide sevenfold aggravated by reckless, negligent and anti-regulatory driving, under the influence of narcotics and with a dosage of 1.02 grams of alcohol per liter of blood, by speeding, for mediating reckless guilt and for the plurality of victims and aggravated culpable injuries.

Therefore, he received a sentence of four years and seven months in prison for effective compliance, legal accessories, special disqualification from driving motor vehicles for the term of ten years and payment of procedural costs.

The accused is serving house arrest, enjoys work opportunities and it is estimated that he will comply with the rest of the same regime.

Castiñeiras is accused of the death of trumpeter Nicolás Carabajal, as well as his assistant, Ignacio Abosaleh, since he was driving the vehicle -Honda CRV- that overturned on route 63, at the height of the Buenos Aires city of Dolores on July 20, 2019.

On that occasion, El Pepo and the members of his group were going to Villa Gesell to give a recital. As a result of the accident, Romina Candia was also injured, who was later able to recover.

The musician was admitted to the San Roque hospital in Dolores, then was transferred to the 1 police station in Chascomús and later to the 3rd Mayor’s Office of Melchor Romero, in La Plata.

There he fractured his leg while playing soccer, so he was granted house arrest and also the possibility of continuing to record.

How is the baby who smoked 40 cigarettes a day doing today?