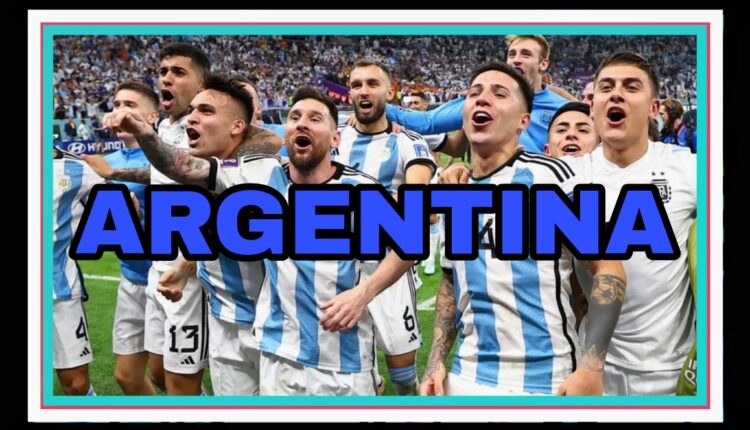 Argentina Vs croatia, the match will give away a duel of figures since Lionel Messi and Luka Modric would be playing their last semifinal in a World Cup on December 13, 2022.

The Qatar 2022 World Cup is about to end, the semifinal round will begin and the confrontation that will define the first finalist of the contest will be that of the Argentina and Croatia teams.  Both teams reached this stage of the championship after overcoming the dramatic round of penalties where they knocked out the Netherlands and Brazil respectively.

For this reason, the confrontation between the Albiceleste and the Croats will be one of the most competitive duels on the field.  In Mexico, despite the fact that the tricolor team has already been left out of the competition, world soccer fans have followed Lionel Messi’s last World Cup, so they won’t want to miss the battle between Leo and Luka Modric.

Argentina’s game against Croatia will be played at the Lusail Stadium and will begin at 1:00 p.m. in central Mexico.

The open channel television stations that will cover the game will be TV Azteca and TUDN.  In the case of the first narration, the game will be chronicled by the voices of Christian Martino and Luis García on Azteca Siete, while the competition will have Enrique Perro Bermúdez on Channel 5.

Both coverage will begin minutes before the game to comment on the previous information of both teams.  While on pay channels, Sky Sports will be the one carrying the live coverage of the game.

Finally Infobae will have the minute by minute of the game with the most outstanding actions of the match between the Argentines and the Croats.

The rivalry between the two teams will bring about a promising duel in which Argentina arrives as the favorite to win the match, but the last time they met in a World Cup, the Croatians thrashed the Argentines 0-3 in the group stage.  So the world runners-up could still surprise the albiceleste and repeat the final as they did in Russia 2018.

Silvio Soldan conducted Great Values ​​of Tango again, Silvia appeared and everything got out of control