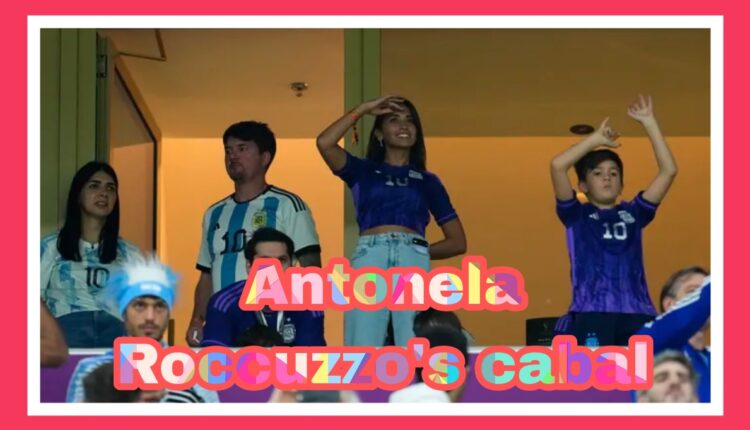 In the previous game of the albiceleste, the wife of Lionel Messi appeared in the box of the Lusail stadium and repeated a custom that began in the victory against Mexico.

In the run-up to the match between Argentina and Croatia for the 2022 World Cup semifinals, the first images of Antonela Roccuzzo and the children she had with Lionel Messi were shared in the box at the Lusail stadium.  True to her style and as she did during the last meetings, the businesswoman followed a cabal in her clothing that did not go unnoticed.

In each of the meetings, Antonela is present together with Thiago, Mateo and Ciro and they suffer together from the events of the meeting.  On each of the occasions, different moments of the transmission are observed in which the family shouts the goals and lives with great nerves what happens with the captain of the Argentine team and with the albiceleste in general.

Beyond this, in all the previews of the matches, Messi’s wife stands out for her clothing and for a cabal that she repeats thanks to the good results she achieved.  Since the victory against Mexico and the string of wins and eliminations against Poland, Australia and the Netherlands, she almost always wore the same look.

Specifically, what was repeated was the purple shirt of the Argentine team, which Rocuzzo combined with different pants for the various matches.  As expected, she again showed herself in the alternative clothing of the albiceleste.

Of course the custom is familiar and not limited to it alone.  In each of the matches, Thiago, Mateo and Ciro can also be seen wearing the shirt.  Usually, the little ones wear the complete combo and also use the official long pants to watch the games.

Antonela Roccuzzo’s tattoo that surprised her followers.  Beyond her appearances in Qatar stadiums to watch Argentina’s matches in the World Cup, the businesswoman has enormous popularity and a lot of impact on social networks.  Despite the millions of users who follow her content closely, she often surprises with different details.

In the last few hours, Antonela shared a photo in training and there was a tattoo that not everyone knew about and that meant news for more than one.  The image, which was published on Instagram, shows Messi’s partner in the gym days after the match between Argentina and the Netherlands.

What could be seen in the photo was a tattoo that the protagonist of the post shows off on her left arm, specifically at the height of the triceps and almost attached to her left elbow.  The design she has there is of a “golden snitch”, the ball used to practice the game of Quidditch in the Harry Potter saga.

With this design, Antonela confirmed his fanaticism for the books created by J.K. Rowling which later became even more popular throughout the world thanks to film productions.  Despite the fact that many discovered it now, the tattoo is more than a year old.  Specifically, the businesswoman has been wearing the design since July 2021 and it was made by the specialist Maxi Carreras.

How can WhatsApp Web be accessed without an internet connection on your phone?